Abraham Kamarck, an American entrepreneur, came to Qatar with excitement in 2010. After reading about Qatar’s vision for the future in the news, he thought his specialty in technology-­‐based business might help him.

His business aimed to raise funds and invest in startup and high-­‐tech projects in the region. Soon he realized that neither private investors nor institutions like Enterprise Qatar are willing to invest in him.

“We got people really excited about our ideas, but, when they find out their money will be tied up for five years, they feel like we are robbing them,” said Kamarck. He and his partner had to shut down the business in late 2011.

The availability of capital makes Qatar seem like a good place to start a business, but what really concerns entrepreneurs looking to enter Qatar are difficulties in fund raising and the lack of investor protection. 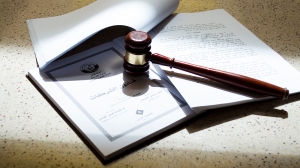 The Ministry of Business and Trade together with other governmental organizations redrafted the law mid-­January, aiming to ease the process to establish businesses and encourage investments. However, these changes do not address fundraising and registration issues arising from local business culture, according to entrepreneurs.

One big change in the draft law is the removal of the QR 200,000 initial fund requirement to start limited liability companies. However, this absence of the requirement does not necessarily make it cheaper for entrepreneurs to start a business. Businesses still need to prove sufficient funds as according to article 235 of the draft.

To raise enough funds, small and medium technology-­‐based enterprises have to rely on local investments, but Qatari investors are not used to this type of long-­‐ term ventures. “The idea of giving your money away and trusting someone else with it is very foreign here,” Kamarck said.

Also, more than a third of Qataris’ income is from salaries, interests and government transfers, according to a report published by Qatar Statistics Authority in 2011. This means that there is little monetary incentive for Qataris to invest in businesses.

The Bedaya Center helps young entrepreneurs looking to enter Qatar’s market raise fund and find partnership through its network. However, among the 1,500 people who came to seek information from Bedaya last year, only a handful successfully started operation, said Yasmeen Hassan, the Entrepreneurship Development Manager.

The small market, high rents and expenses, expensive import, and lack of efficiency at customs all translate into risks for the investors. “From a pure economic perspective, Qatar is just a very bad place to do business,” said Kamarck.

One of the entrepreneurs that came to Bedaya eventually got his investment, said Hassan. However, he was unable to raise it here, but he raised the full-ticket price in Lebanon.

The draft Commercial Company Law includes amendments made to the current law since 2002. Over the years, businessmen and law practitioners find the law too vague to interpret, said Alaa Hamdi, auditor at the Ministry of Business and Trade. The new version will standardize jargons and be less vague, he added.

“It sounds like perfect limited liability on book, but there are uncertainties in the laws that could still bring personal assets at risk. In debt situations, business owners are exposed and their personal assets could be affected,” Kamarck said.

Another vague article is the initial fund requirement. The draft eliminates the 200,000 requirement, but it does not specify how the ministry will determine if a business has enough money, according to entrepreneurs.

Law practitioners believe that there are still important values in the law. “Foreign investors need to understand local business culture and work with what the law makes available in Qatar,” said Mohamed Khodeir, head of Al-­‐Tamimi Law Office in Qatar. He describes that the law has welcoming terms in general, but in order to achieve higher level of economic development, the procedures need to be improved.

The new draft also aims to simplify the procedure to obtain business licenses. A “one stop shop” system will be established in the country so that entrepreneurs will be able to get all the paperwork done at one place in one day instead of going to different ministries, according to Hamdi. However, the date and location of the new registration center have not been officially announced yet.

The process to register sounds easy, and it should not take long, said Hassan. Currently, most of the paper work takes place on the ground floor of the ministry building, but it took Bedaya Center ten months to get the approval. Maybe in the future, the process will be shortened after the implementation of the new law, she added.

Kamarck is going back to the United States in June. “I don’t see that much more that I can do here, and it’s getting frustrating,” he said. “You do get trapped into the ‘golden handcuff.’”

Companies here may pay better than those in the states, but Kamarck said it was time for him to be somewhere else where he could love the work and do something meaningful.

“Money is important and makes a difference, but at the end of the day, it’s really about the impact,” he said.