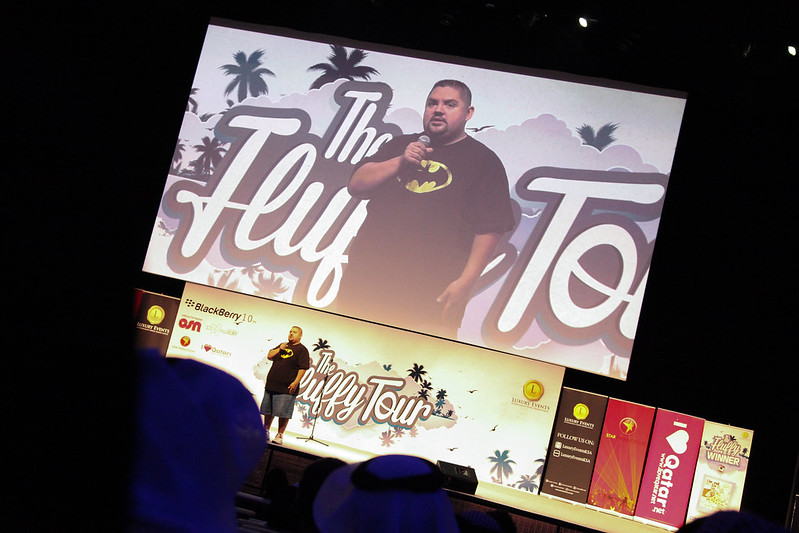 Gabriel Iglesias, “The Fluffy Guy”, an American stand up comedian, is currently the third top ranked comedian in the world. He is known for his unique style in stand-up comedy and is very popular in the GCC, performing at sold out shows in the region in 2011. This year, he performed with Bader Saleh, the most popular stand-up comedian in KSA, who added some Arabic flavor to the show. Bader is famous for his Youtube show which gets more than 4 million hits every episode. He is widely popular in this region especially the GCC. 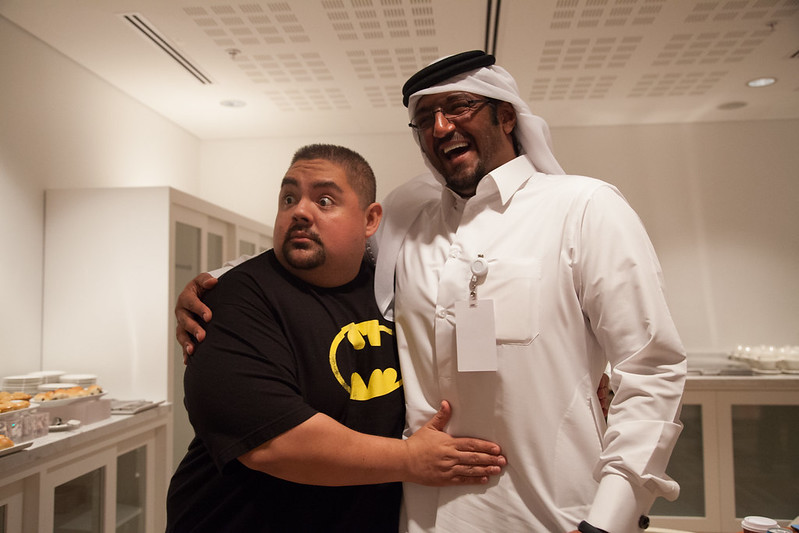 The show is produced by Halal Bilal, a South African comedian who is the unofficial Godfather of comedy in Qatar and founder of Stand Up Comedy Qatar.

I volunteered to photograph the event and really enjoyed the show.